Today Balasore city is bestowed with all the critical public utility services. Be it important healthcare services like hospitals, or important financial institution like banks and other host of other critical utility services that are essential for sustaining day-to-day life of ordinary citizens. Below you’ll find detailed and exhaustive information about each and every utility service available in Balasore city. Below you’ll even find address and phone no’s of some of the important institution, which will serve you well if you want to avail their services.
Collector and District Magistrate
dm-balasore[at]nic[dot]in
Office of the Collector and District Magistrate, Collectorate, Balasore,At/Po-Balasore,PIN-756001,Dist.Balasore
Phone: 06782-262001
Fax: 06782-262208
https://baleswar.nic.in/ 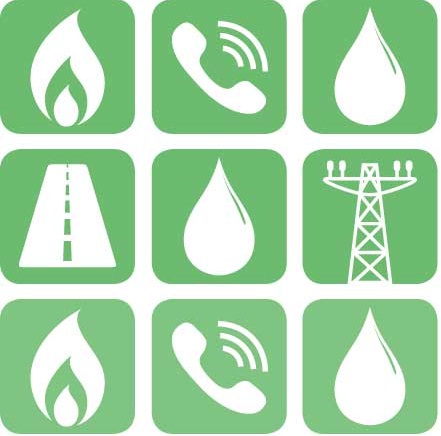 Like most other cities of Odisha, even Balasore city faces the brunt of load shedding every day. This condition has been prevailing for decades now, which has adversely impacted not just ordinary citizens but also business and economic operations of the city. However, ever since electricity distribution was handed over to private player, condition of electricity has improved immensely. Nonetheless, people of Balasore are still far away from being completely free from load shedding. North Eastern Electricity Supply Company LTD or Nesco is a private company owned by Reliance Energy Pvt Ltd and is responsible for distributing electricity to Balasore District and to 5 other districts that fall in North Eastern Zone of Odisha state. Initially a public limited, the company was privatized in 1999. Privatization was done with the objective of bringing much needed improvement in electricity distribution in the region.

Today it can be forthrightly claimed that healthcare services in Balasore is pretty robust and reliable. This claim is based on the fact that today city has no shortage of critical health facilities like hospitals, chemist shops, pathological labs etc. Talking specifically about hospitals, then today Balasore even has few multi specialty hospitals, which are completely in par with international standards. Their presence is surely sign that Balasore’s healthcare services is heading towards better days. And equally important is the fact that today almost all the hospitals in the city boost highly qualified specialist doctors. It is thanks to them that today many specialized healthcare services are available to patients of Balasore. Besides, their presence has also ensured that Sehore patients don’t have to travel to other cities for complicated operations and surgeries.

Today Baleswar has a pretty robust transportation infrastructure in place. While the city has always enjoyed amazing connectivity because of Baleswar Railway Station, the local transportation has also witnessed huge improvement over the past few decades. Talking first about railway station, then Baleswar Railway Station is the most important station of entire Balasore District. Though it is not a junction, but it is directly connected to not just to all the important cities of Odisha but many important cities located outside of Odisha. As for local transportation is concerned, then that is duly taken care by auto rickshaws and cycle rickshaws. There is no shortage of them in the city. Besides, today decent number of city buses are also plying in the city.


Safety and Security in Baleswar

Balasore occupies a very important place in political and economical affairs of Odisha state. Hence state government as well as local district authorities always keep a close watch on law and order of the city. But above all, Balasore city has been assigned many police stations at strategic locations, who have to continuously ensure that anti social elements operating in the city are always kept under control. And if we consider stable law and order enjoyed by Balasore throughout last few decades, then it can be said that these police stations have indeed done a remarkable job.

Today banking services in Balasore is almost in par with banking service of any first tier city of India. This is obviously because today all the major public and private banks are operating their branches in Balasore city. While presence of major banks has certainly helped the local people, but more importantly it has made Balasore city self sufficient from economic point of view. As growth in banking sector fuelled the economic growth of the city, which invariably helped in raising standard of living of local people.

Today Balasore aspires to be a modern city, which has fuelled the demand for fast and efficient postal service. This is why today more and more people in Balasore are relying on private courier services for their postal needs. While this certainly has helped in increasing the number of private courier companies in the city , but traditional Indian postal services haven’t gone completely out of business. Because large percentage of people in Balasore are still continuing their reliance on traditional postal services. To make long story short, today Balasore city is bestowed with immensely efficient and robust postal services.


Petrol and LPG Supply in Balasore

Like any other city, even Balasore city needs uninterrupted supply of petrol and LPG gas to sustain its local economy. The responsibility of uninterrupted supply is obviously entrusted on local petrol pumps and gas agencies, which are present in adequate numbers throughout the city. Their adequate presence obviously means that there is never any shortage of petrol and diesel in the city. The city though surely needs more petrol pumps and gas agencies to cope with expected surge in demand in coming years. The expected surge in demand is obviously owing to anticipated growth in city’s population in distant future.


Mobile and Internet Services in Balasore

Modern day mobile and internet services have made deep penetration in Balasore city. To put in more simple words, today Balasore is fully integrated with rest of the world through mobile and internet technology. This obviously means that today people of Balasore can call up their friends and loved ones or whosoever living in any part of the world. This surely would not have been possible without the presence of prominent mobile companies in the city. You name any Indian or international mobile company and you’ll find their services in Balasore. Coming to internet, then today Balasore is very much at the forefront of 3G and 2G services. Locals of Balasore have already started unleashing potential of hi speed internet on their smart phones and personal computers.

From all the above information we can conclude that all the critical public utility services in Balasore city are functioning at pretty optimum level. The only exception being electricity supply, as it continues to suffer from decade long load shedding problem. This decade long problem has been and still continues to be one of the major inconveniences for local people of Balasore. And it is also one of the major hindrances in city’s economic progress.