Transportation owing to the growth and development obviously plays a vital role in Balasore. The strategic location of this town makes it well connected and well networked with rest of the cities of Odisha as well as other states. One can see that it has been connected through various modes of transportation as per the requirement. 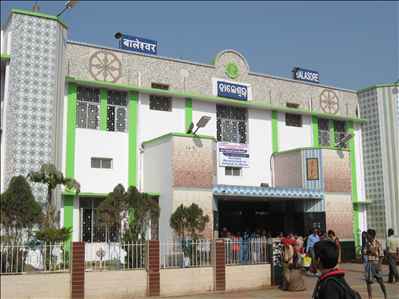 The nearest airport to Balasore is Biju Pattnaik Airport or Bhubhaneshwar Airport. This is possibly the only airport that is able to facilitate air travel for those living in Balasore. The airport at Bhubhaneshwar, connects the city with major cities like Chennai, Mumbai, Delhi, Kolkatta, Hyderabad, Chandigarh and Vishakhapatnam. The airways operational along this route are Indigo and Air India. This is possibly the only airport that falls within the vicinity of Balasore. This airport connects with international destinations too which include Bangkok, Qatar, Singapore and Dubai.

Road travel is considered to be an important mode of travel for Balasore. National Highway numbers 5 and 60 are considered to be important for this city. Both these connect Balasore with the various parts of India. NH5 runs along the route from Balasore towards Bhadrak while the NH60 runs from Balasore towards Jaleshwar. Golden Quadrilateral is a major highway project. One would see that a major part of this project runs along the route connecting Chennai to Kolkatta. This is yet another major highway routing buses and road travel across India. Private buses run on these highways.

Balasore has its own railway station that connects trains along the route Howrah to Chennai marking the whole of the South Eastern Railway. There are direct trains connecting Balasore to the other parts of India through the Indian railways. There is a branch line near Baripada which starts near Rupasa near Balasore and connects Balasore to the rest of India.

Purshottam Express is a major train that runs along this route. It connects Delhi to Balasore.

Howrah Mail connects Chennai to Calcutta and passes via Balasore. This train connects Balasore to both Kolkatta and Chennai.

Howrah Puri Express connects Balasore to both Puri and Howrah.

Patna Ernakulam Express is another important train that connects Balasore to both Patna and the southern parts of India.

Dibrugarh Yeshvantpur Express is the train that connects Balasore to Bangalore city.

The local transport facilitated in this city includes rickshaws and cycle rickshaws. Very recently, city buses have been inaugurated along this city to make available more options for local public transport. There are intercity buses too that have been launched to facilitate travel around the nearby regions surrounding Balasore.