Balasore is one of the famous tourist places of Odisha. Much known for the peaceful Chandipur beach the city of Balasore has a lot more to offer the tourists visiting the place. Being blessed with immense natural resource the city of Balasore is one of the most suitable locations of the state to have the pleasure of viewing the scenic beauty. There are several historical monuments and temple of historic era at Balasore which are also the centre of attraction of the city. There are also several hills and mountains at Balasore as well. 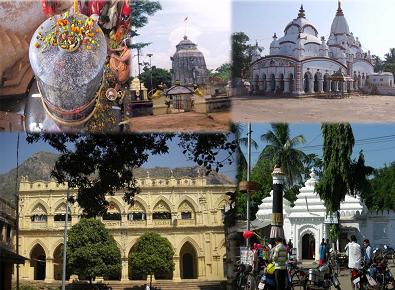 The city of Balasore witnesses thousands of tourists from all over the country every year visiting several attractions of the city and enjoying the scenic beauty of this historic town. The beautiful beach of Chandipur at Balasore is one of the other major attractions of Balasore. It is also the rocket launching site and is named as Sriharikota. Several tests are being done on regular basis to have a strong armed force of the country. Many famous missiles such as the Prithvi, Agni, Trishul and many such powerful missiles are being tested on the Chandipur beach. Balasore is also very famous for the mines, forests and the natural resources which are available in abundance in the entire Balasore district. River Buhdabalanga is said to be one of the mineral rich water carriage and the mountain ranges of Mahagiri located at a height of around 4000 ft.

The city of Balasore is one of the most convenient and well structured historic city of the state. The roads of Balasore are normally suitable for the two wheelers and the best mode of public transportation being used here is the Rickshaws and the Auto - Rickshaws. Public buses also take a major part in connecting the corners of the city with each other. There are several cabs facilities also available in the city of Balasore for the tourists to hire and visit the nearby places of the city. For more information on transport, click here

The entire district of Balasore is believed to be one of the major tourist attractions of Odisha. The Chandipur beach being the centre of attraction, Balasore has several other attractions as well. The city of Balasore is situated on the coast of the Bay of Bengal and this is the reason it has so many wonderful beaches around the city. The city is also blessed with several temples and shrines, which depicts the architectural excellence of the entire state. The prime attractions of Balasore comprise of several historical monuments, temples, beaches and hill ranges.

All the tourist attraction are worth watching and some of them are religiously important and hence they become a must visit. Several ancient monuments and temples such as the Narasimha Dev, the Gopinatha Temple and Temple of Biranchinarayan are very popular and revered all over. These three temples are located on three different directions of the city. Other famous tourist spots include the Sajanagarh, where the temple of goddess “Bhudharchandi” is located, Kashaphal beach famous for fishing, Laxmannath, the prominent Lord Shiva temple at Bhushandeswar, Chawmukh, Jhadeswar famous for another Lord Shiva shrine, Baneswar and many more such tourist attractions. For more information on tourist places in Balasore, click here

Balasore is the city of Odisha with majority of its population belongs to the Odiya community and hence the food items being preferred here are supposed to be that of the typical Odiya ones. The food items liked most are Pakhala Bhaat (Rice dipped in Water), Chingudi Macha (A type of fish), Aalu Tarkari (A dish made of Potato), Dahi Baigana (Fried curry including brinjal) and Chenapoda (Sweet dish made of milk products). For more on food in Balasore, click here

Balasore being one of the Historic cities has several old business houses involved in several business, mostly the art, craft and the handloom work is being done at the city of Balasore and the nearby villages of it. There are several market places famous in Balasore which offers great quality products with very affordable prices. With the changing trends several malls also have started emerging at Balasore such as the Big Bazaar, Pantaloons etc.

Every year thousands of tourists visit the city of Balasore to spend the quality time in the lap of the nature and close to the beach. Hence this has also made the city of Balasore a great place which provides immense facilities to the visitors such as lodging, motels, restaurants and bars etc. There are several famous hotels to stay at Balasore which provide quality services and regardless the time constraint, bookings can be made very easily on the spot as well.

A Suggestion: Balasore being a coastal city enjoys cool breezes along with hot summer waves in deep summer. It is always advised to visit Balasore in the months between September to February. The outfits to be worn here can be as normal as that of the other cities of the state. Mostly light outfits are preferred in every season as they are suitable and comfortable for all seasons. It is also advised to be well prepared about every place that you visit during the journey to keep yourself updated about all the details of the place you visit.