Nilagiri is an enchanting township as well as a reported area committee, which comes under the district of Balasore, in the state called Odisha in India. The Nilagiri is positioned at 21.46 degrees north and 86.77 degrees east. It is perched at an average altitude of 75 feet; above the mean sea level. The local people of Nilagiri town speak Odiya. The town of Nilagiri has political, as well as historical significance. This little town is the gateway to a large number of serene and alluring tourist spots of Odisha. It is bordered by the magnificent hills and it has lush greenery in all its direction. The visitors can notice and enjoy a large number of natural cascading waterfalls; in and around the Nilagiri. 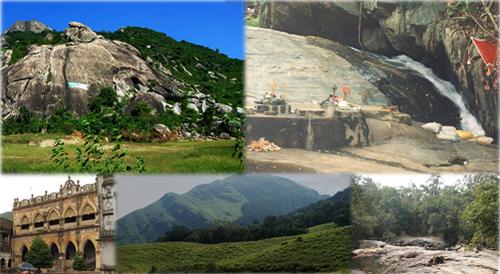 In the past, the Nilagiri was one among the significant states of the country. It’s headquarter was at the Raj Nilagiri, which is today’s modern Nilagiri town. In the year 1940, this state had an area extended over 263 sq kms of land. In the year 1949, it was combined with the district of Balasore just after the independence of India.

The Freedom Fighters of Odisha Balaram Raj, Banamali Das, Kailashchandra Mohanty, Nanda Patnaik and Baishnab Patnaik; aggressively fought against local ruler and forced the ruler to surrender in front of then, recently formed National Government of India. It was the starting of the procedure of the 576 significant states combining into the Indian Republic and therefore made the current political map of India. The people of Odisha, and also the local people of this town observe this occasion, as the successful uprising of the Nilagiri.

This temple is the fourth most popular temple of Jagannath, in the state of Odisha; after the globally famed Jagannath temple of Puri. Then on second comes Shabara Shreekshetra inside Koraput and the temple of Baripada Jagannath makes for the third temple of Odisha. This Jagannath temple was constructed by one ruler of the Harichandan kingdom; of the Nilagiri town. For countless years, this holy temple was beautifully supervised by the offspring of the imperial Harichandan dynasty. However, with the end of all the regal families, the responsibility of management of this temple is given to a self-governing trust, which is managing all the activities of this temple very well. Beautifully perched at the bottom of the magnificent Swarnachuda hills, this Jagannatha temple has always remained cool and breezy, even during the summer season. There are numerous small shrines for the deities such as Vimala, Shiva and Ganesha; inside the temple compound. A spacious area is given for the marriages and also for other ceremonies.

A restaurant is there inside the temple compound, which offers healthy and delicious Mahaprasad; also called as Abadha (the food which is offered to deities of this temple). Being one among the main tourist attractions inside Baleshwar district, this shrine has allured numerous tourists from nearby states like West Bengal, Bihar and Jharkhand. Tourists can purchase items of stone carvings, as well as other handicrafts of Odisha; obtainable near the temple.

The enchanting town of Nilagiri is bordered by a large number of attractions, which are famed tourist spots and are also worth visiting.

This shrine is about 8 kms away from the beautiful Nilagiri town. In the midst of lush greenery of the magnificent Nilagiri Hills together with the bird’s-eye sights around, this is a spot of amazing scenic beauty and is hallowed by the 5 lingams, above which flows a continuous stream of clear water. This shrine is a famed shrine of the deity Shiva. The devotees need to lie even on the rocky ground just parallel to that continuing stream, for touching and worshipping the Shiva lingams; which is very exciting as well as adventurous. A large number of elephants could be witnessed infrequently moving up and down the mountains. The area surrounding the Panchalingeswar is a perfect base for the adventure sports; like trekking. There is also a guest house run by the Tourism Department of Odisha, near this shrine, where the tourists can stay for the night.

Aradi is also a close by attraction of the Nilagiri town. This place is mainly famed for the shrine of the Lord Shiva, also called here as the Lord Akhandalamani. A huge number of devotees come to this place every day in the hope to get recovered from the diseases, they have.

This place is also a close by attraction of the town of Nilagiri. This place is mainly admired for its steep and enchanting cascades of clear water, picturesque beauty of the countryside and also a Shakti peeth, which is located on the outskirts of the Similipal.

This area which covers nearly 2750 sq. km of land includes thick and green woodland, vertical and the shining beautiful cascades, magnificent sky touching peaks of mountains and a striking place for the animals, as well as bird lovers. All these things make this place called Similipal; a dream destination for the tourists.

The quiet beach of Chandipur is located nearly 75 kms away from the town of Nilagiri. It is a tiny sea resort positioned on Bay of Bengal. This peaceful beach located at Chandipur region is certainly one of the finest beaches in the country. The beach is exceptional in the matter that the sea water moves away, from one to four kilometers during the outgoing tide. This beautiful place called Chandipur beach is mainly famed for its golden colored sea beach along with even sandy bed.

The town of Chandaneshwar is situated in the district of Baleshwar, Odisha. This town is mainly well known for the temple of Lord Shiva temple positioned here. This is a small town with pleasant weather, vibrant culture, a large number of fairs and festivals and friendly local people. People who come to Chandaneswar can explore a large number of other spots that are close by Chandaneswar. This town is mainly recognized as a religious destination in the state of Odisha. The architecture of this temple is of typical Odisha pattern.

How to Reach Nilagiri

Reach By Road – Nilagiri is well linked with all the major cities and towns of Odisha by the State transport services.

Reach By Air – The closest airport from Nilagiri is the Bhubaneshwar airport. Bhubaneshwar is approximately 270 kms away from Nilagiri. Outside the airport one can easily get taxis and cabs which will take them to their desired destination that is Nilagiri. This is the domestic airport, while Kolkata is the nearest international airport.