The town of Chandaneshwar is situated in the district of Balasore, Odisha. This town is mainly associated  with the temple of Lord Shiva temple. The small town with pleasant weather, vibrant culture, large number of fairs and festivals and friendly local people is a must visit place in Odisha. People visiting Chandaneswar can explore a large number of other spots that are located in its proximity. This town is mainly recognized as a religious destination of the state of Odisha. This architecture of this temple is of typical Odisha pattern. 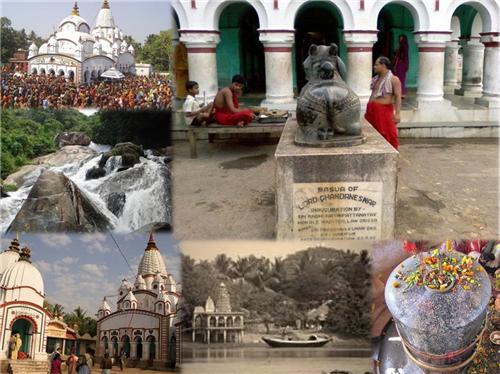 Chandaneswar temple with its art and architecture attracts pilgrims from nearby regions of Odisha and West Bengal. In accordance with the Oriya calendar, the very 1st day of Oriya calendar, which is called as the day of Maha Vishuva Sankranti is celebrated with great enthusiasm inside the compound of the temple. Another big festival called Uda Parba or Nila Parba by the local people is also celebrated here. It is celebrated after worshiping the deity Nilakanth Shiva. A huge number of people hail around this temple and do a tough fasting of many days in order to fulfill the wishes. The temple is built in typical Orissa temple style.


Places of attraction near Chandaneswar

Aradi
Aradi is also a close by attraction of Chandaneswar. This place is mainly famed for the shrine of the Lord Shiva, also called here as the Lord Akhandalamani. A huge number of devotees come to this place every day to get recovery from the diseases they are having.

Panchalingeswar
This shrine is about 60 kms away from the Chandaneswar. In the midst of lush greenery of the magnificent Nilgiri Hills together with the bird’s-eye sights around, this is a spot of amazing scenic beauty and is hallowed by the 5 lingams above which flows a continuing stream of clear water. This shrine is a famed shrine of the deity Shiva. The devotees need to lie even on the rocky ground just parallel to that continuing stream for touching and worshipping the Shiva lingams, which also is very exciting as well as adventurous. A large number of elephants could be witnessed infrequently moving up & down the mountains. The area surrounding the Panchalingeswar is a perfect base for the adventure sports like trekking. There is also a guest house run by the Tourism Department of Odisha, near this shrine, where the tourists can stay for the night.

Raibania
This place is nearly 110 kms away from the Chandaneswar town. It is also popular is a serene picnic spot. The place of Raibania has got historic importance and is mentioned in the ‘Ain-I-Akabari’ by the author AbulFazal. This place is recognized for numerous forts which are now broken down.

Chandipur Beach
The quiet beach of Chandipur is located nearly 50 kms away from the town of Chandaneswar. It is a tiny sea resort positioned on Bay of Bengal. This peaceful beach located at Chandipur region is certainly one of the finest beaches in the country. The beach is exceptional in the matter that the sea water move away from one to four kms during the outgoing tide. This beautiful place called Chandipur beach is mainly famed for its golden colored sea beach along with even sandy bed.


How to Reach Chandaneswar ?

Reach By Road – Chandaneswar is well linked with all the major cities and towns of Odisha by the State transport services. Frequent transports are obtainable from Jaleswar in Odisha and also from Digha in the state of west Bengal to get to Chandaneswar.


Explore more about Tourism in Balasore