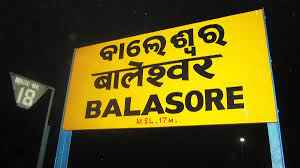 The city of Balasore is the district headquarters of the Balasore district of Odisha. The district of Balasore comprises of 2969 villages along with 12 Tehsils, 289 Gram Panchayats, 23 Police stations and 3 NAC (Notified Area Councils). The administration and management of the entire district comes under the Central Revenue Department whereas law and order in the district is under the control of DIG (Deputy Inspector General of police) of Eastern Range, Balasore.

Law and Order in Balasore District

The maintenance of Law and Order in the entire district of Balasore is handled by the DIG (Deputy Inspector General of police) of Eastern Range, Balasore. The prime objective of Balasore police is to keep the district free from crimes and criminals along with maintaining peace and harmony in the district. Balasore city being the district headquarters has all the prime offices and police stations of the district.

There are several government organizations that have developed websites of their own. Following are the links to them: