Balasore also known as Balasore is a coastal district of Odisha located on the northernmost part of the state. It is believed to be a part of Kalinga that later on became a territory of Toshal or Utkal. Previously the part of modern day Balasore was a part of West Bengal but in October 1828 the district of Balasore was formed and it became an independent part of Odisha. Spread on the area of 334 sq km the district of Balasore is surrounded by Medinipur District of West Bengal in its northern side, Bhadrak District in its south, Mayurbhanj and Kendujhar districts lies on its western side and Bay of Bengal in its east. 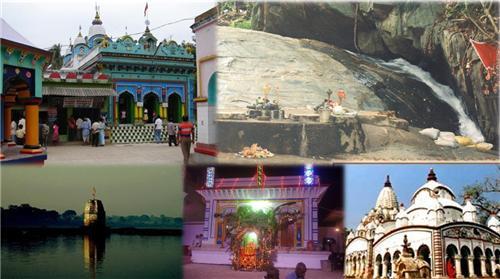 Legends behind the Name Balasore

The actual name of Balasore is "Baneswar". It was the capital of Demon king Baneswar. According to a legend, once Lord Vishnu incarnated in the form of Baman, a short heighted man and a baman, asked the king Mahabali, for (Tripada) - the land equal to the area measured by his three feet. When he was granted the gift by the king, he took the avatar of a huge man that covered the entire earth with his one foot, another covered the universe and for the third one the king offered him his head. When the king had nothing left with him, he worshiped Lord Varun, God of water. Pleased with the devotion of King Mahabali, Lord Varun offered him a small plot beside sea and cleared some portion of the sea due to which the land got filled with sand. So, it was named as Baleswar. From this, the city derived two names "Baneswar and Balasore".

The district of Balasore was said to be the part of ancient Kalinga and which after the death of Mukunda Dev it became a part of the Toshal province which is also known as the Kalinga provinces. In 1568 it was seized by Moghuls and it was under their rulings till the mid of the 18th century when the Maratha kings captured it and got this portion of Kalinga under the rulings of Maratha Kings of Nagpur. In 1634 when Sahajahan used to be the king of the country and ruling from the national capital of Delhi the first English Settlement was believed to began its existence from the district of Balasore. Later on the British East India Company formed their governance in this portion of the state of Odisha in the year 1803. Under the British rule the Balasore district then became a part of the West Bengal. For more information on history of Balasore, click here 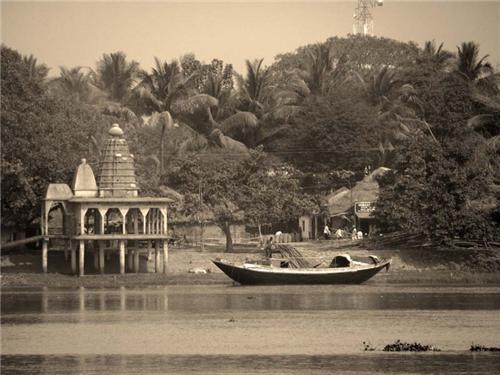 The first English factory by the British East India Company was established in the year 1640 when it is believed that the Danish and Dutch settlements also existed in the areas of Balasore district. Chandbali is considered a popular river port since medieval times. Balasore was formed as a separate district in the year 1828 before which it was a portion of the West Bengal province. Later on with the formation of the separate state of Bihar the entire region of Odisha was being spread over from the West Bengal to the Bihar but later on the state of Odisha was also declared as a separate state in the year 1936 and Balasore also became an important district of it. In 1921 after the visit of Mahatma Gandhi the national movement of independence surged ahead in Balasore. Another movement commenced against the ruler of Nilagiri State which was called the Praja Andolan. Freedom fighters like Fakir Mohan Senapati, Laxminarayan Sahu and many more are born on the land of Balasore who contributed to the freedom movements of India against the British rules.In 1993 the division of Bhadrak also became a separate sub-division and the district of Balasore yet remained with two of its sub-divisions named Balasore and Nilgiri.

Balasore is dotted with numerous beautiful temples and sightseeing locations. Chandipur-on-sea is a must visit destination whenever traveling to Balasore. The beautiful and long coastline attracts tourists from across Odisha and nearby states of West Bengal and Jharkhand. The city is famous for Saiba-pithas and many temples of Lord Shiva.

One can find temples dedicated to Lord Shiva at various places of Balasore namely, Chandaneshwar Bhusandeshwar, Panchalingeshwar, Baneshwar and Maninageshwar which are very famous and have several legends also connected with them. There are two famous Lord Jagannath temples located at the heart of the city of Balasore and the other Jagannath temples are located at various places like at Kamarda, Nilagiri, Deuligan, Jaleswar and Mangalpur which talks about the rich cultural heritage of the region. For more information on tourism in Balasore, click here

Geography and Climate of Balasore

Located at the southern eastern part of the country Balasore is a northern city of Odisha. The city of Balasore is located at 21°30`N, 86°56`E and is spread over an area of 3076 sq km. Being close to the sea coast the district of Balasore has both the perennial and the estuarine rivers flowing through the district. The River Subarnarekha and River Budhabalanga are the two of the most important rivers of district that passes through various town and villages of Ballasore before getting amalgamated with the Bay of Bengal. Balasore witness hot and humid climate all around the year. The soil found in the central regions of Balasore district is mostly the part of clays and the sandy loam which is said to be very fertile for the purpose of paddy and several other farm produces. For more information on geography on Balasore, please click here

Balasore is believed to be one of the prosperous regions of the entire state which is advantaged in both industries and agriculture. Odisha being a state dependent on the agriculture as the biggest back up of its economy, Balasore is also involved more on the agriculture. The region is blessed with the two of the most important rivers of the state which collectively contributes to the irrigation and agriculture sector of the district. In the current scenario the growth and the development of the entire Balasore district has brought the economy to another level. The wasteland utilization also contributes to the economic development of the Balasore.

The betel and coconut are the prime products of the district being produced all around the year. Mainly the local economy of the district depends upon the agriculture where as the industries are said to be the nucleus of the economic growth of the district of Balasore. With the establishment of D.I.C, in the year 1978, the District of Balasore has witnessed a great level of industrial development. Along with certain government establishments a few public sector undertakings and a group of private business firms which have come up in the recent years have contributed a lot in the industrial growth and economy of Balasore. These industries have not just got the employment opportunities but also have put a pause on the migration of people from the district to other cities of the state and even to other states in search of better employment opportunities.


Art and Culture of Balasore

Culture of Balasore is believed to be a combination of traditional festivals, food, and music. People of various religions and beliefs reside here with a communal harmony. Hindus, Muslims, Christians, Sikhs, Buddhists, Jain and several other community followers can be found in Balasore. The existence of Buddhisim in the district of Balasore is being proved by several factors, such as the copper coins which are found at Bhograi and the statues of Lord Buddha found from various places of the district such as Basta, Kupari, Avana. At Jaleshwar, a prominent city of Balasore district is known for the statue of Lord Mahavir Jain which is believed to be of the tenth century. The city of Balasore also offers a sophisticated yet diverse sort of lifestyle along with the variety of entertainment, food facilities which are available in plenty all around the city.

“Akhada” is one of the most amazing games popular in Balasore and is played during the festivals of Durga Puja and Dusshera and also on the Moharrum. The festival of Dusshera is celebrated in Balasore with full spirit and communal harmony. The idols of Goddess durga are being established all around the city and being worshiped in the Pandals made. The Kartikeshwar puja, Makkar Sankranti, Ganesh Chaturthi, Rath yatra, Deepawali, are some of the major Hindu festivals being celebrated at Balasore with immense pleasure.


Nearby Cities of Balasore

Kolkata
Located on the banks of the exquisite Hooghly River, the beautiful city of Kolkata boasts of an elegant culture, flamboyant history and prosperous future. Formerly known as Calcutta, this city is the capital of the state of West Bengal located at a distance of approximately 232 km from Balasore.

Jamshedpur
Jamshedji Nusserwanji Tata was a great man and also the founder of this vital city of India situated in the state of Jharkhand which is located at a distance of around 350 km from the city of Balasore.

Durgapur
Durgapur is located at West Bengal, around 380 km from Balasore and is very popular for various steel manufacturing companies located in Durgapur.


How to Reach Balasore ?

By Air
Biju Patnaik airport is the nearest airport, located in Bhubaneswar, is around 190 km from Balasore ant is takes around 3 and half hours to reach by road. Bhubaneswar can be reached by the domestic flights which connect it with several other cities of India and even abroad. Tourists can hire a taxi or take buses from Bhubaneswar to reach Balasore. The Kolkata Airport is also one of the closer one to the Balasore located at a distance of approx 230 km.

By Road
Balasore is directly connected with the highway and can easily be reached by roadways. Kolkata is around 232 km and is the closest metro city which can be reached via road.

The district of Balasore is known for the scenic beauty and a major tourist attraction, also because of its historical monuments, such as various temples in the area. There are several hill ranges in the region too. It is 207 km north-east of Bhubaneswar by road. The development in Balasore has been done to a great extent with the world famous rocket launching site Chandipur being located at Balasore. It is the sea beach which is present of the cast of Bay of Bengal in the district of Balasore and is used as an Integrated Test Range for performing various tests of missiles. In past several missiles are being tested among which some of the famous ones are the Prithvi, Agni, Trishul and many more are there. Balasore Town has also got great accommodation facilities for the tourist visiting and it offers several good Hotels with all Luxurious amenities.